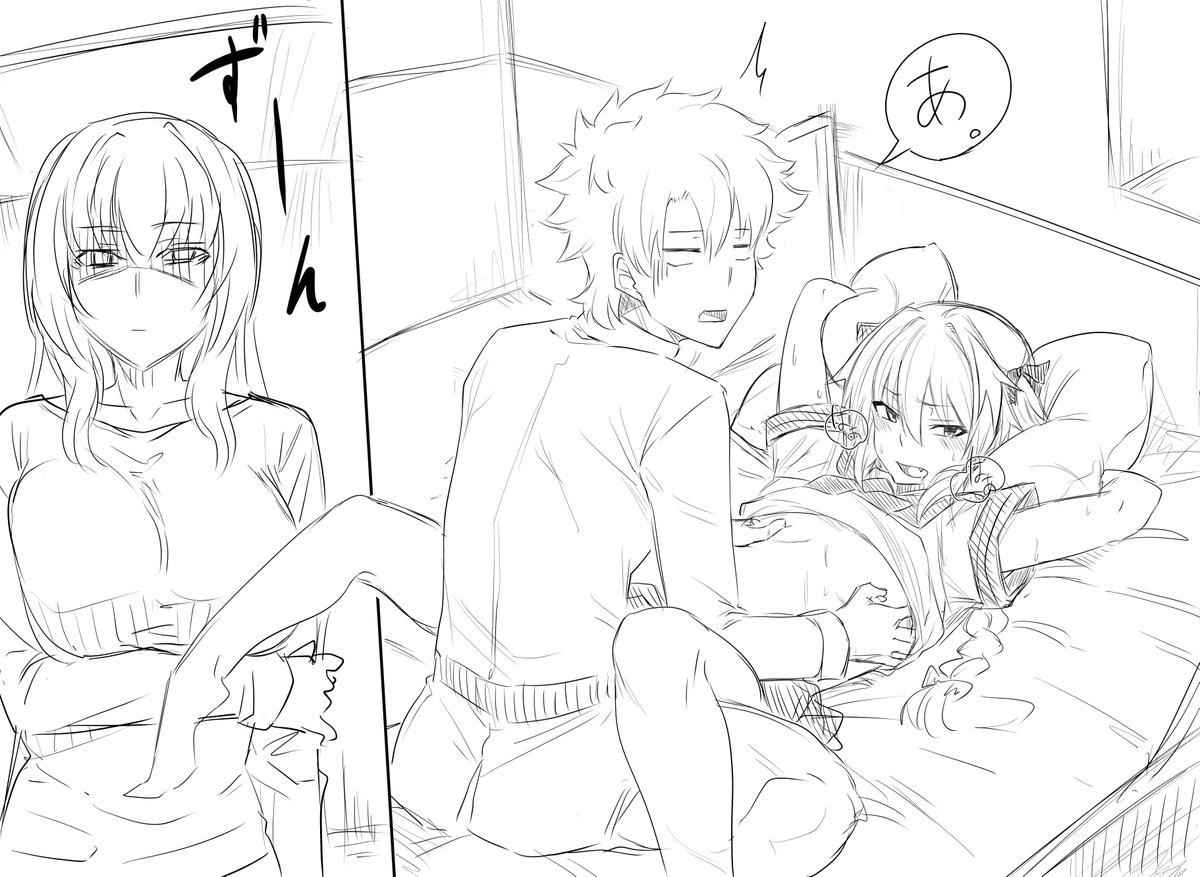 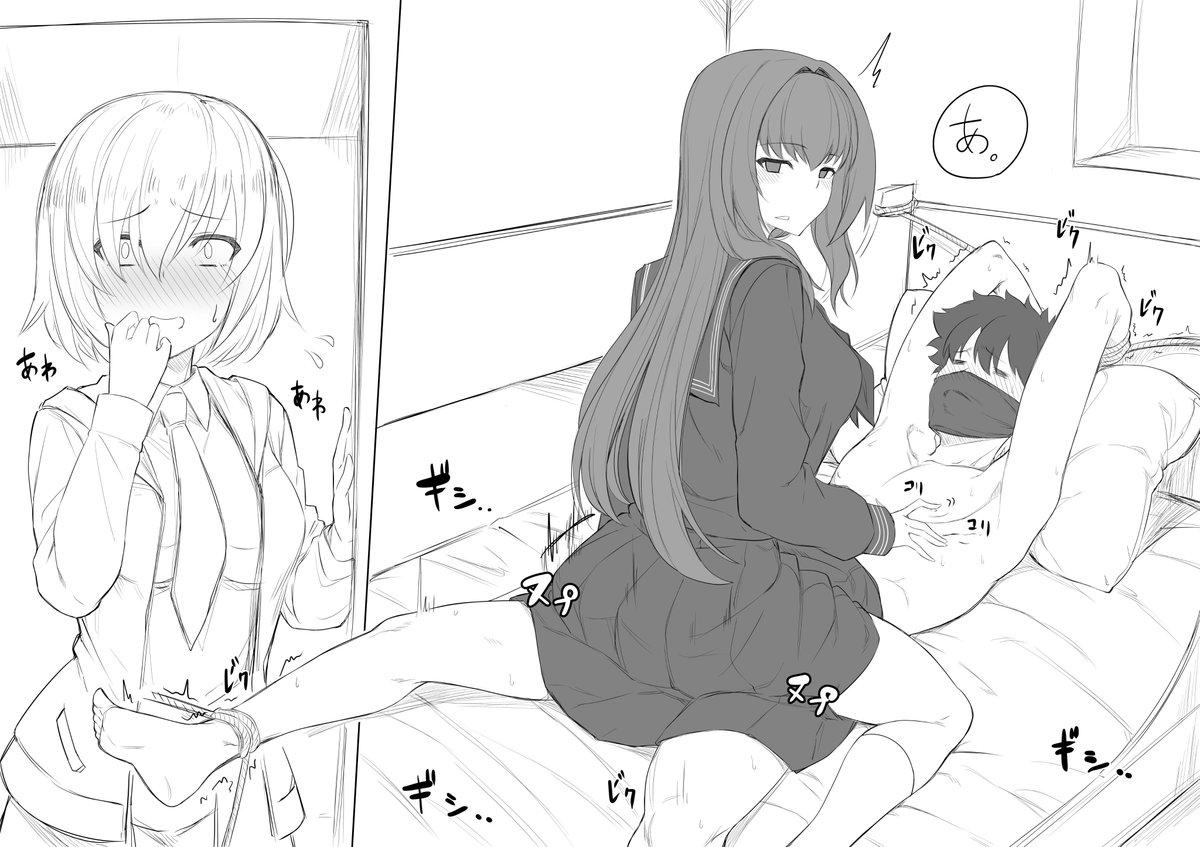 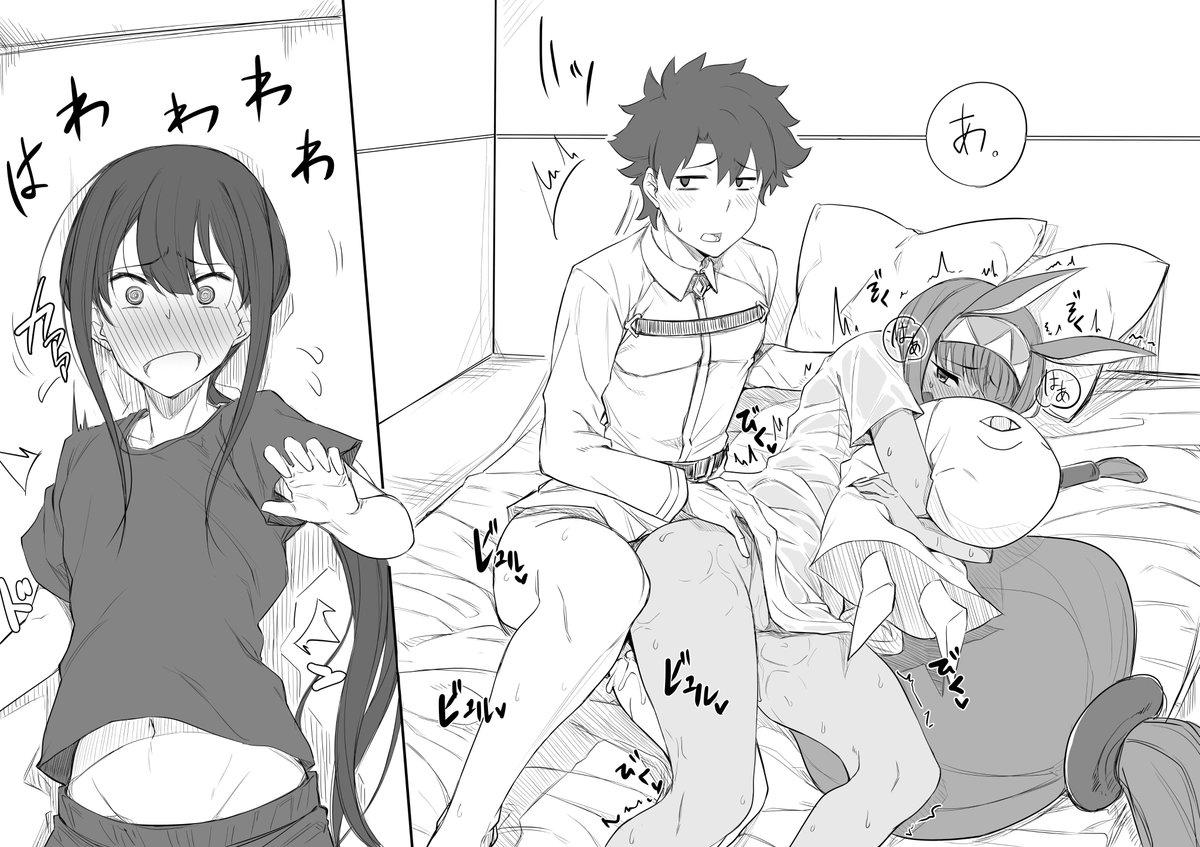 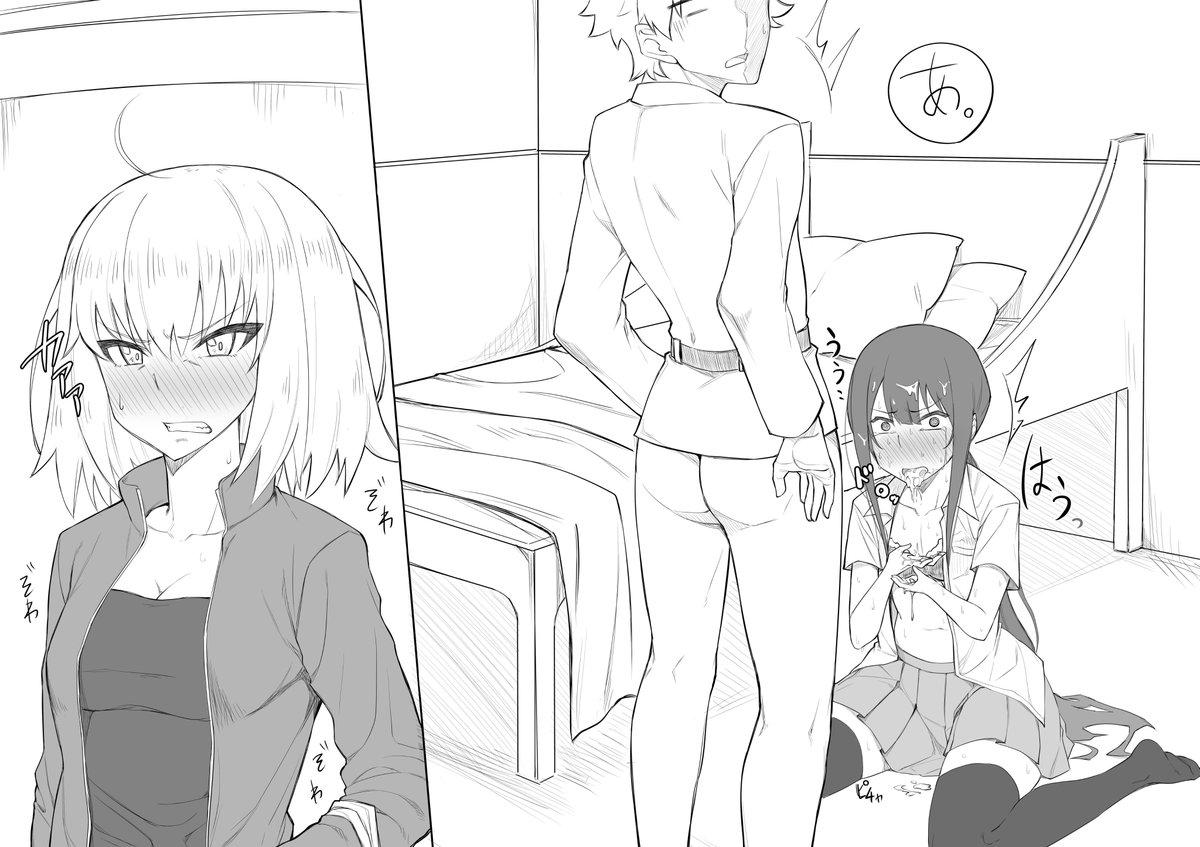 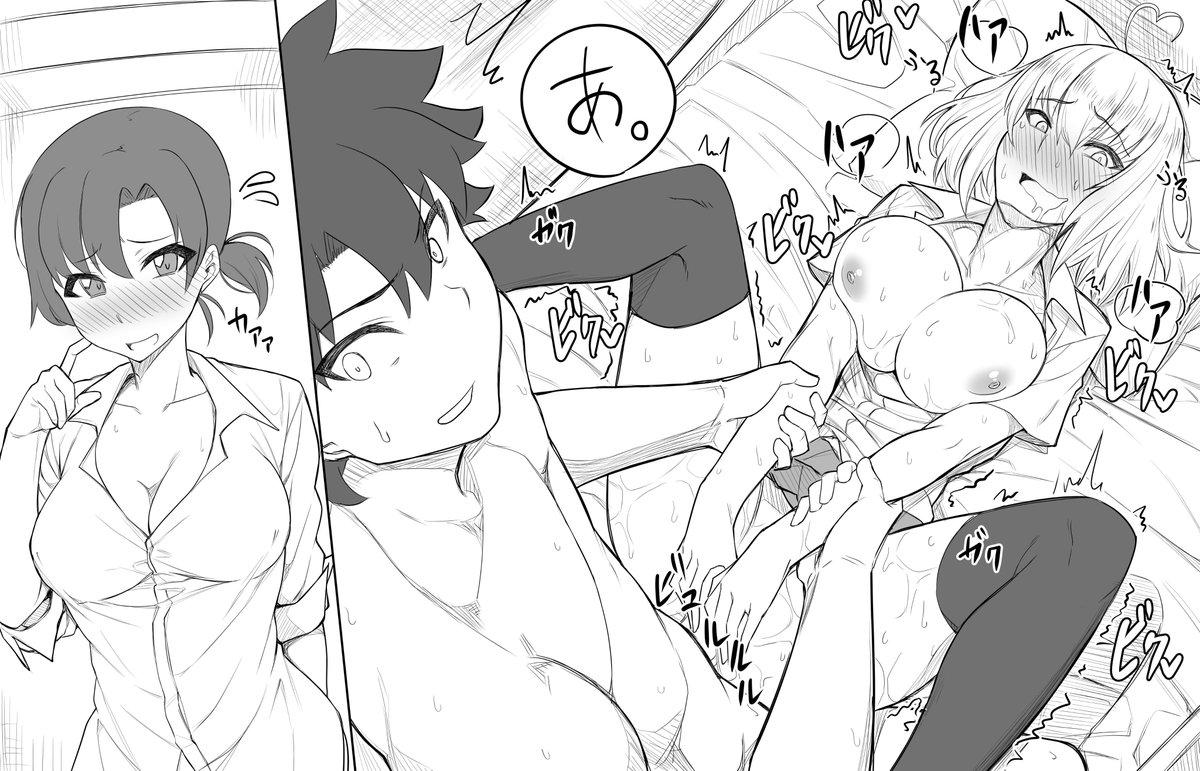 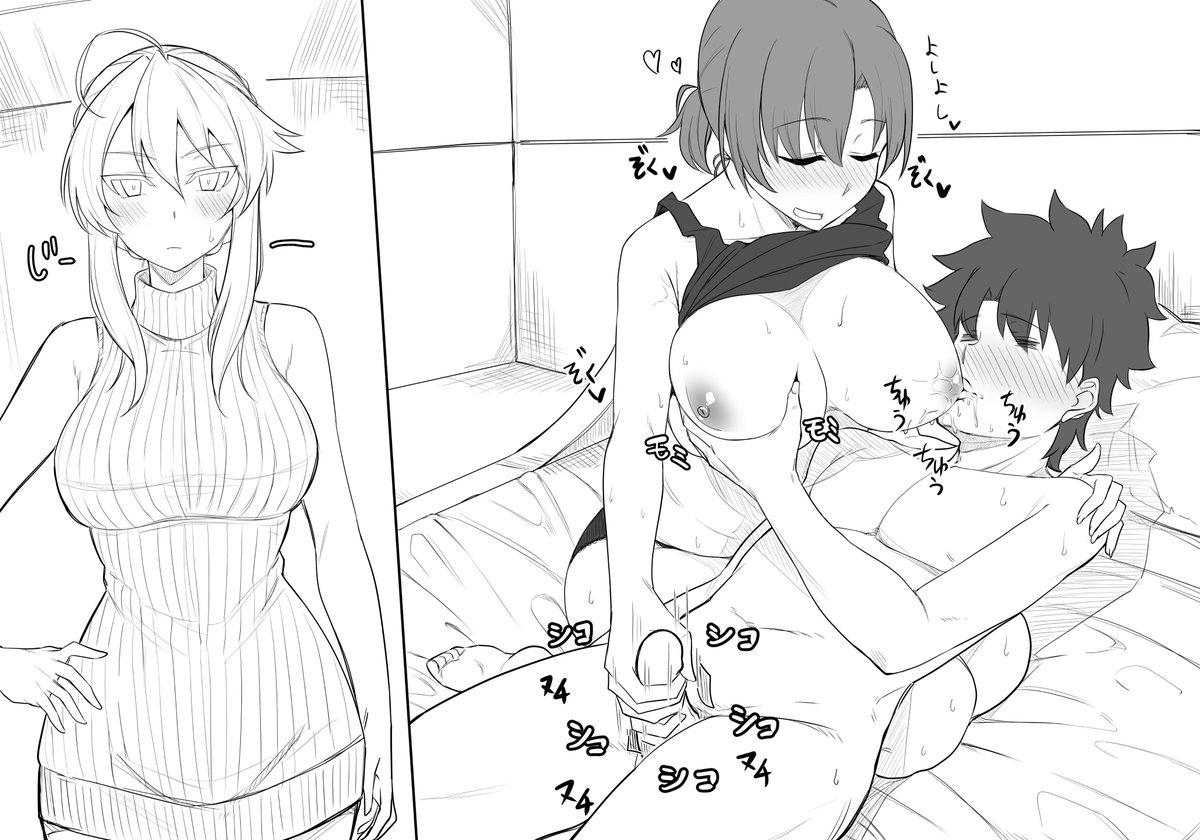 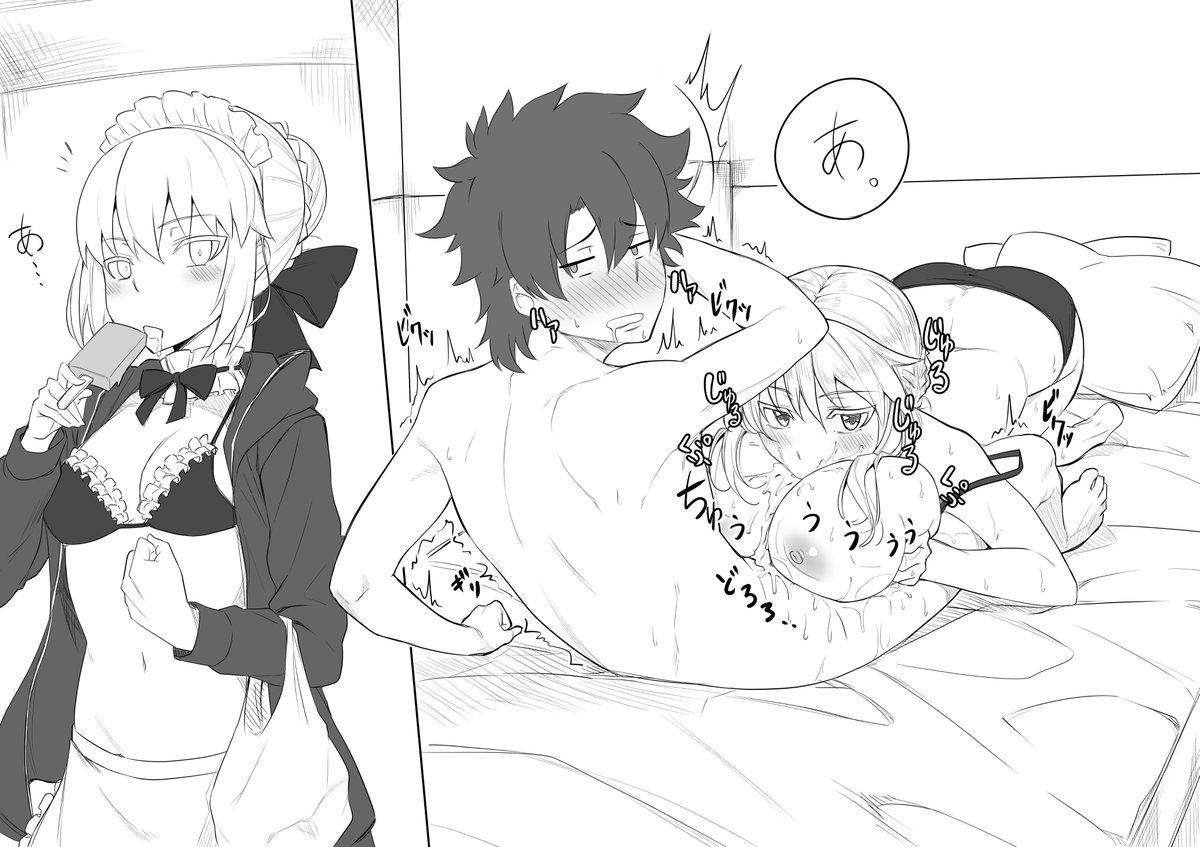 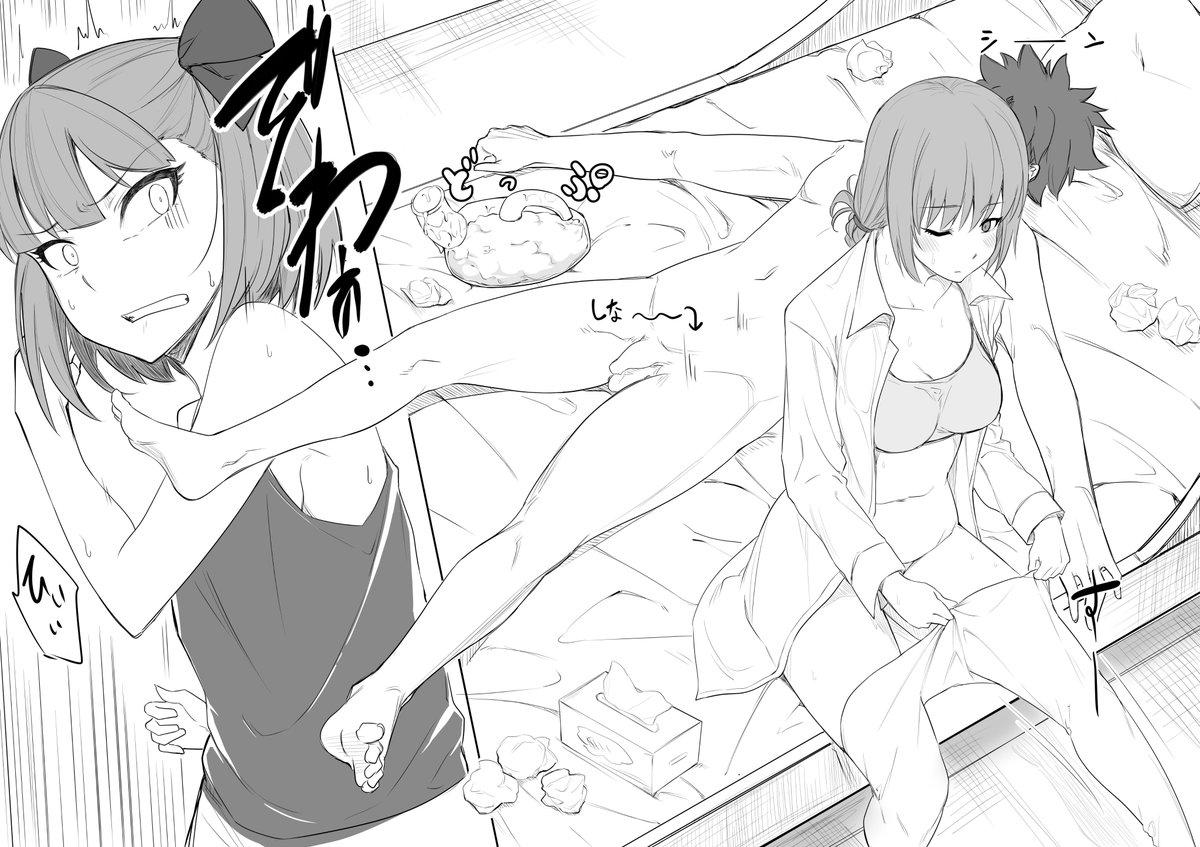 Angie lay quietly on the deserted beach listening to the waves gently lapping at the shore while the sun beat down on her firm young naked body!!! She had been saving for this vacation for two years now, and finally here she was on a beach in Brazil enjoying the fruits of her labors!!! After reading about the fanaticism that the Brazillian people had for keeping their bodies in tip top shape, she had even joined a health club to make sure that she wasn't too embarrassed by the locals, and even she had to admit that she looked pretty darn good!!! She had been here for two days and not a single solitary sole had invaded this part of the beach, so when she felt the sun disappearing and a shaddow roll over her, she only thought that it was a passing cloud, but much to her consternation she was snapped to reality when she realized that a naked young man was standing next to her staring at her sun tanned body!!! “W-what do you want,” Angie asked nervously while casually glancing around to see if there was anyone else around in case she needed help!?! “Oh nothing,” he replied in surprisingly good English, “you are American, no!?!” “Yes I am,” she replied a little more easily, “I'm from Atlanta, Georgia, are you from around here!?!” “In the village on the other side of the mountain,” he replied with a grin that showed his perfect pearly whites to their best advantage, “I have some wine and bread in my bag, would you like to share some with me!?!” “Oh, I couldn't,” she replied!!! “Why,” he asked while plopping down beside her, “you don't like wine and bread!?!” “Well it's not that,” she replied a little nervously, “it's just that I don't really know you, that's all!!!” “And if I leave, we'll never get to know one another,” he replied with that bright electrifying smile, “please, join me!!!” Angie had completey forgotten about her nakedness, and when the young man who introduced himself, a Raul, handed her a glass and a piece of crusty dark bread, she sat up and began eating!!!”

They sat there for more than an hour telling each other stories about themselves and their countries, and as the sun slipped into the blue Atlantic creating a picture post card setting that no card maker could ever duplicate, Raul leaned over and as casually as if he were shaking her hand, kissed her softly on the mouth while allowing his hand to gently caress her firm bosom!!! “You are a very beautiful woman, Angie Decker,” he whispered softly after their kiss was broken, “do you know what we're going to do now!?!” With her mind was still buzzing from the most erotic kiss she had ever had, it was all she could do to stammer, “N-no, what are you going to do next!!!” “Have you ever made love in such a perfect setting,” he whispered into her ear while softly nibbling on her lobe!?! “No,” she gasped, “n-never!!!” “Good,” he whispered, “because it will be my honor to be the first,” as he gently pushed her back before rolling easily on top of her!!! “We aren't going to have sex,” he said while kissing her all over her face with tiny little wet pecks!!! “We're not,” Angie asked almost desperately!?! “No, Angie Decker,” he replied between kisses, “we are going to make love, there is a big difference in Brazil, is it not so in America!?!” As his hardness slid easily into her pussy, she locked her legs around his back and replied hoarsely, “It is also true in America, ohhhhhhhhhhhhh myyyyyyyyyyyy!!!”

Agnie was so excited that she wanted so scream, but Raul was so gentle and deliberate with his movements that she lay there in a state of almost suspended animation while riding the crest of an orgasmic wave that seemed to go on forever and ever!!! “My sweet Angie,” he breathed into her ear, while just ever so slightly increasing the pace of his thrusting, “you are the most beautiful woman I have ever been with!!!” She knew that wasn't the truth, but every woman loves hearing those sweet little lies, especially in the bedroom where even the smallest slight can cut like a razor, so when she felt his erection stiffen slightly, she arched her back to meet him as their climaxes wafted through them like a warm glow that completely enveloped them!!! They quickly fell asleep in each other's arms, until several hours later when Angie woke up alone again on her blanket in the dark Brazillian night!!! Back in her room she was still wondering if it had all been but a wonderful dream, but the odor of cocoa oil that had permeated his body still clung to her like a blanket, so after a quick hot shower, she hopped into bed and fell fast asleep while dreaming about her South American lover!!!

The next day she waited from early in the morning until almost sundown in “their” place, but he was nowhere to be seen, and even though she was a little sad that he had not returned, she knew that it was just a one time thing, so as to lift her wilted spirits, she decided to get dressed and go out dancing, because if there was one thing the Brazillians were good at, it was dancing!!! The lights of the diso at first disoriented her, but after a few minutes she got her “sea legs” so to speak, and soon she was out on the floor spinning a moving to the driving beat coming out of the gigantic sound system being expertly managed by the in house DJ!!! With the sweat pouring out of her, she slipped of the floor and sat down in an empty chair and ordered a Margarita from the hostess while watching the locals moving in unison around the dance floor!!! After paying for her drink, her eyes caught a glimpse of a familiar face in the crowd, it was Raul!!! Their eyes locked for just a moment, and much to her consternation, he made his way through the teeming crowd, but with a young dark haired local attached to his arm!!!

“Angie Decker,” he said smoothly while sitting down at her table, “I'd like you to meet my good friend, Nina!!!” Angie nodded her head at the young Brazillian, and while knowing it wasn't her place to be jealous, but it was a rather cold nod at that, but immediately Raul put his arm around her back and began caressing her quite intimately right there in public!!! “Good grief,” she said to herself, “I should slap his face, but I can't,” and much to her own chagrin, she just sat there dumbly while Raul let his hand slide higher and higher up her thigh until his finger bumped against her sex!!! Angie fidgeted in her seat as Raul's finger insistantly slipped inside of her panties and almost casually parted her now bulging lips and began gently fingering her right in the middle of the mayhem that was the dance club!!! Angie was now on fire, and much to her complete surprise, the pretty little Nina slid closer to her, and in a moment that will burn in Angie's mind forever, leaned over and began kissing the American on her lips while gently caressing her breasts through her dress!!!

Angie broke the kiss and moaned softly, “N-no, Raul, please no, I-I can't do this!!!” With a smile that flashed those teeth again, he replied smoothly, “But of course you are doing it, Angie Decker, just look around you, no one cares, it's just you, me, and Nina!!!” Raul's finger was flicking over her hard clit, and this time when Nina kissed her, Angie returned the kiss in kind, even going to far as to unbuttoning the front of her dress to allow the young woman to gain access to her breasts!!! Raul began nibbling her ear as he fingered her pussy, and when Nina completely opened the front of her dress and began sucking fervently on her nipples, Angie just let her head roll back while her orgasm washed over her like a giant wave crashing onto the beach!!! When it was over she sat their limply, hardly able to speak, but just like the day before, Raul was up and gone without a word, leaving Angie to wonder what the heck had happened to her!!! 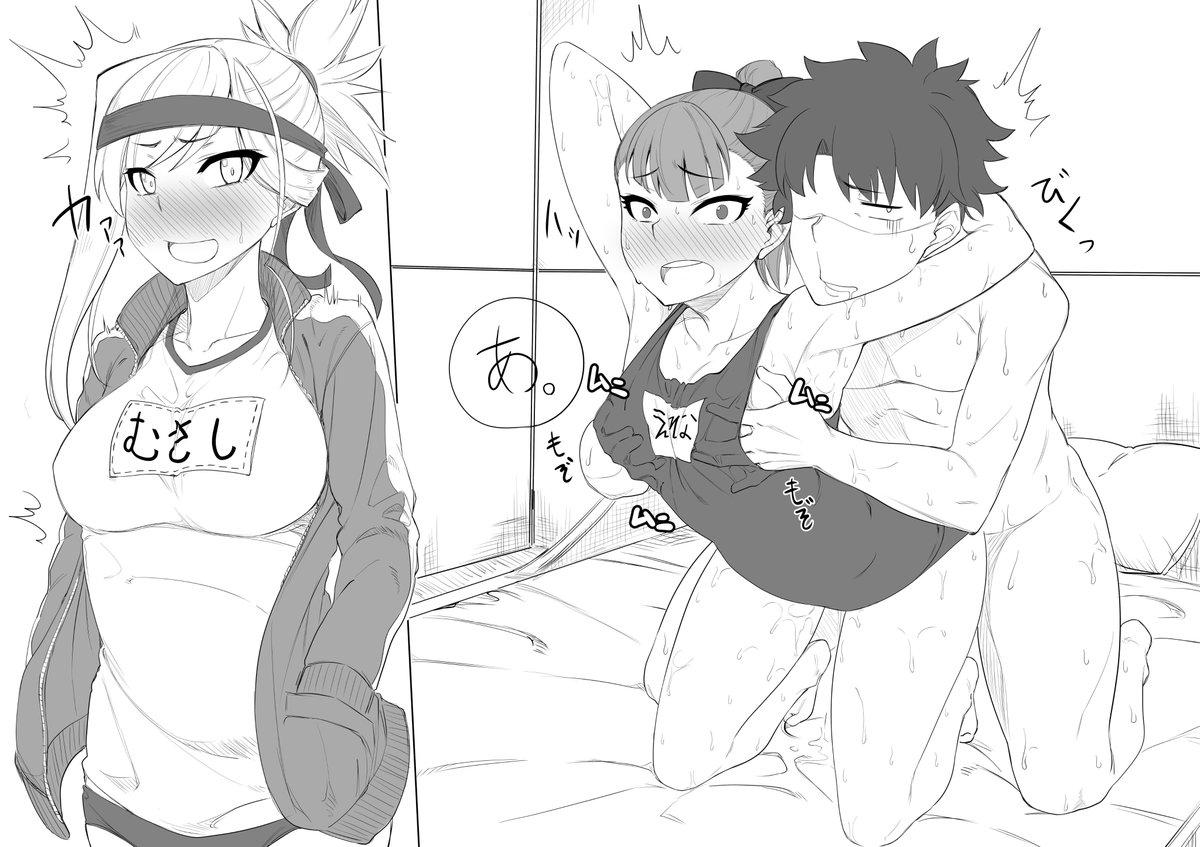 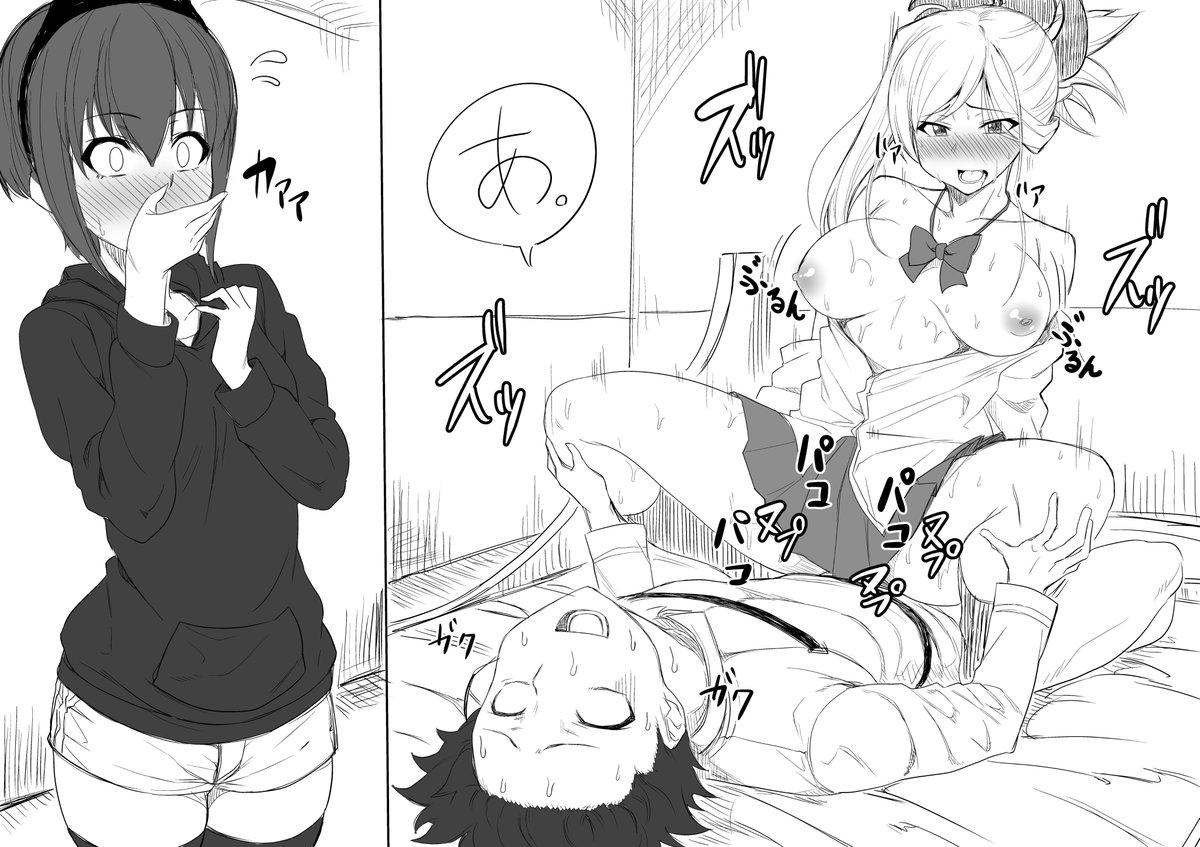 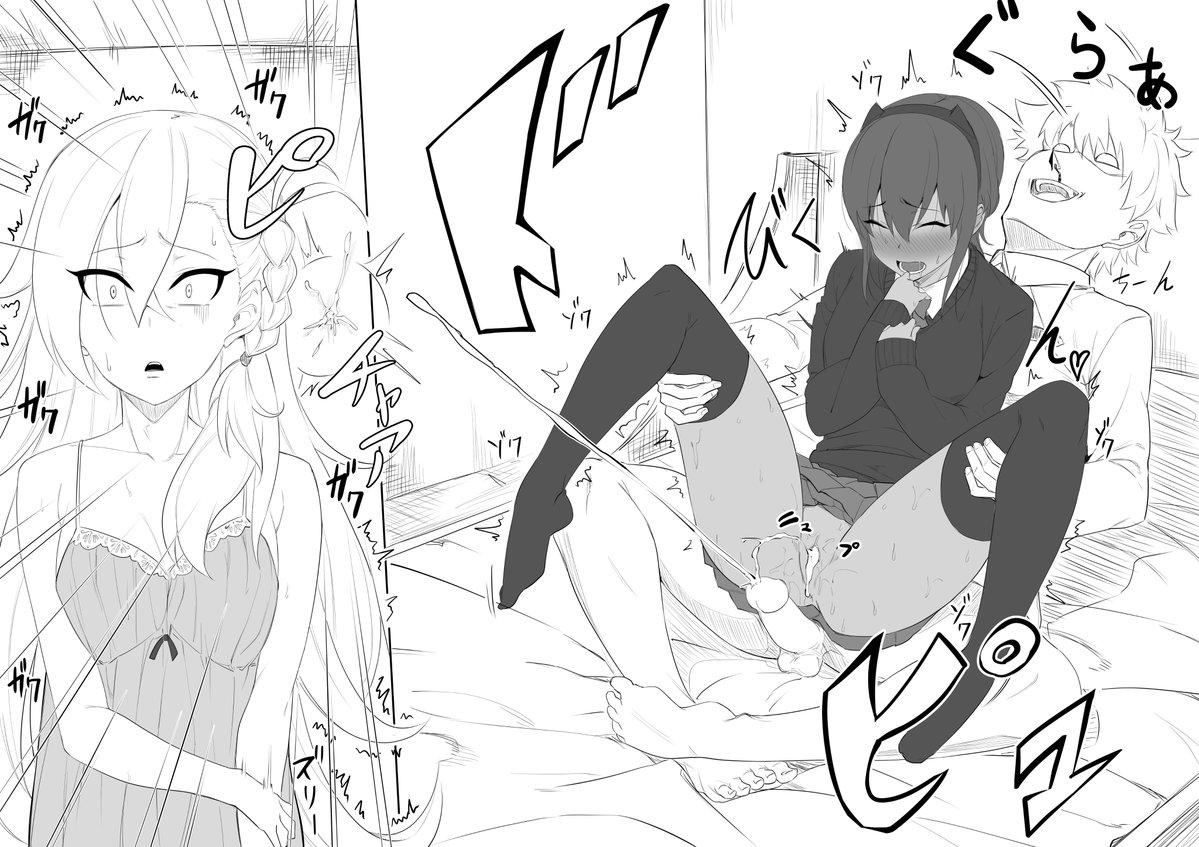 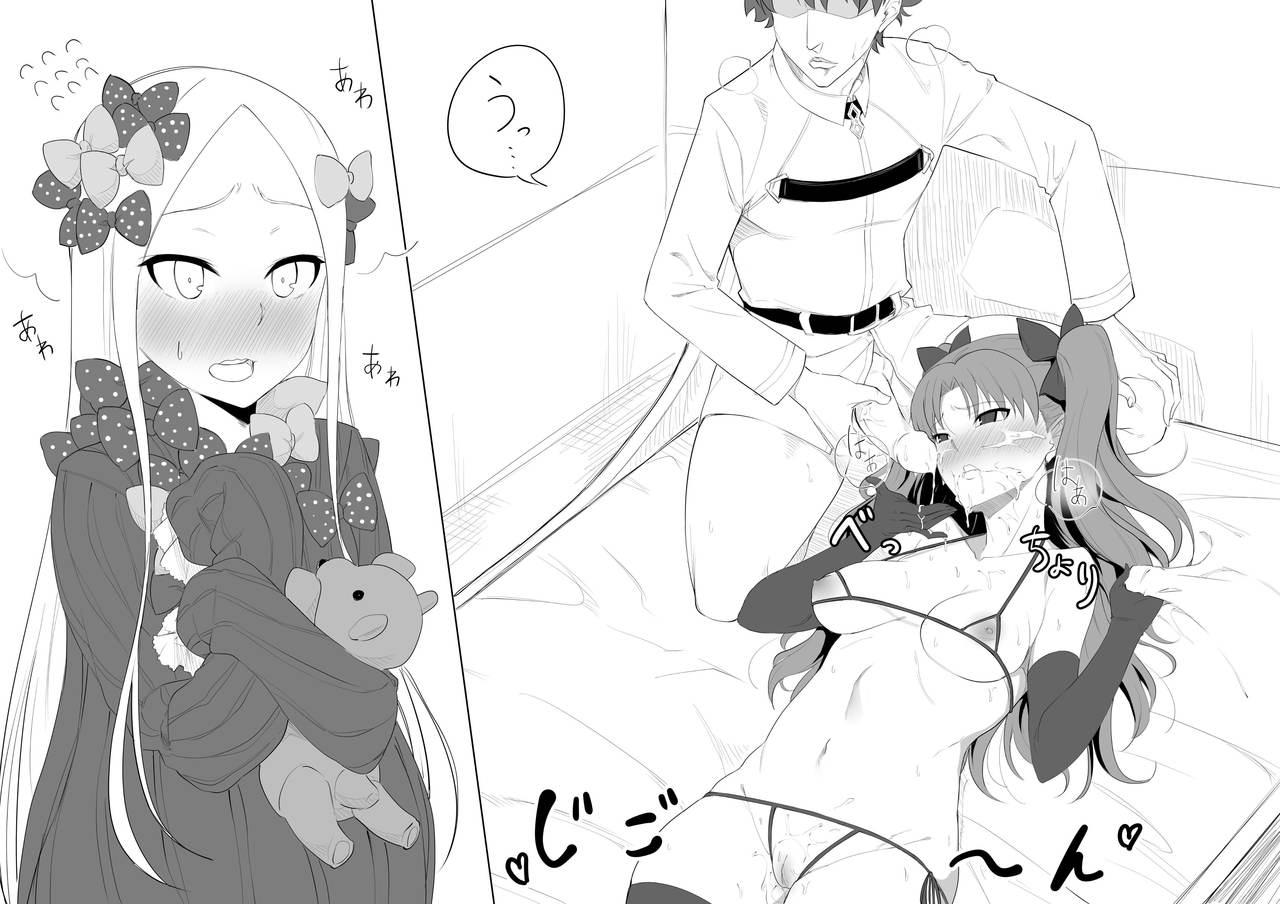 You are reading: Gudao's room